The Great American Solar Eclipse of 2017
by Thomas Stirling
in
astronomyphotography
For the first time in 99 years a coast to coast total solar eclipse cast its shadow over the continental United States. Everywhere from Oregon to South Carolina was in the 70 mile wide path of Totality. After a hectic morning I managed to get a camera and headed outside to get some shots of this rare celestial event.
This shot I took out in the Blueberry Barrens in West Kennebunk Maine. The sun was so high in the sky by 2:30pm that there was no chance to frame it against any earthbound object for reference. A passing cloud came along at just the right time to help dim the light and add an almost spooky atmosphere to this picture.

I took a second shot a short time later at home, this time I decided to improvise a dark glass filter using an old glass picture frame and a candle. I tempered the glass over the flame until it blackened, carefully moving the flame to different areas to avoid shattering the glass. It actually worked pretty well for something that I created in a matter of 2 minutes. See the result on the right. I will have another shot at this only with totality in a few years time when the eclipse comes to Maine. For that I will be ready with my very best gear.

*Note – Some prerequisite knowledge of Adobe Photoshop and basic digital photography will be required.

I have been fascinated with the night sky since as long as I can remember, going outside and looking up at the stars makes you feel that your problems – no matter how big they are to you, are really miniscule in the grand scheme of things. Last night I had a burst of inspiration for taking some starscapes in my back garden. I then considered making a batch of slow exposures into a movie file.

To do this I used a Canon 6D and a 35mm lens. I set the lens to infinity and then set to manual focus so the camera wouldn’t “hunt” for focus. I then framed a shot against some large trees for with a large patch of sky showing. I set up an automated switch to continuously take 30 second exposures at 1600 ISO. I left the camera running taking shots for just over an hour collecting approximately 130 slow exposed images.

Next I used Adobe Photoshop and specifically the “actions tool”. I recorded the action of adjusting the brightness and contrast option to better bring out the details of the scene.

Then I saved the image to a new folder specifically for smaller images so I wouldn’t ruin my raw files. Next I ran a “batch automate” function with photoshop that did the same exact thing to the next 130 or so images without me having to do anything manually (word smarter not harder I say). See below for a description on how to negotiate the actions sequence.

Step 1. Open 1 file from your batch. As soon as its opened go to “Window –> Actions”
Step 2. When the actions panel opens, click the record new action option. Name it whatever you want to.
Step 3. Make adjustments to your image, I used Brightness Contrast and then adjusted the Curves to better pop the stars.
Step 4. Save for web to a folder of your choosing (better to save it to a new folder to save your raw files)
Step 5. Stop the recording button on actions.
Step 6. Go to “File –> Automate –> Batch”
Step 7. When this is opened select the source folder for the files you want to have the same action applied to, ensure you have the named action selected in the dropdown. Under “Destination” choose the folder you wish to save the adjusted files to. Once that is selected, switch that option to “Save & Close” then finally click “OK”

You will now see photoshop do the same action to all the files in your selected folder, this might take some time depending on how many files you have selected.

Once I had the images shrunk to a reasonable size and better lit, I used a tool called Virtual Dub, this is a free tool available online here. The next thing to do is when you have Virtual Dub installed, go to file -> open video file. Locate only the first image in your sequence and open it, Virtual Dub will literally do the rest as long as your files as sequentially labelled i.e. 001, 002 etc, most cameras will output files with sequential filenames. Once you have your photos in you can go ahead and export your file as a .avi file. et voilà, an awesome view of the night sky in timelapse with minimal effort.

Check out my first quick 10 second clip below…

Photos of Scotland Visit Spring 2017
by Thomas Stirling
in
photographyscotland

Click to scroll through the photos or use the arrow keys to view all photos in the album.
One of my photos was even featured in a local newspaper as photo of the week. 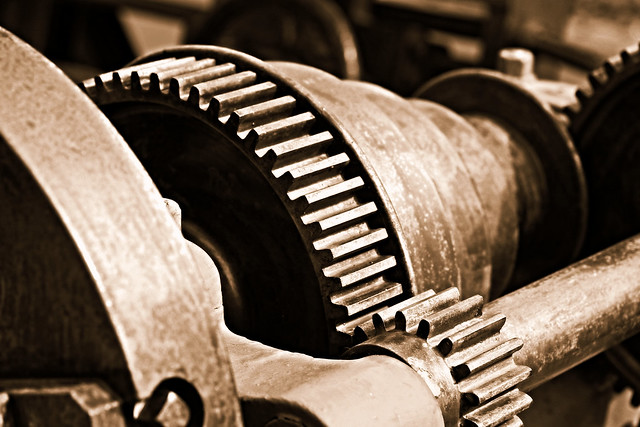 My Best Photographs of 2016
by Thomas Stirling
in
photography

As promised, below is a photo made from 30 minutes of 30 second exposures stacked in photoshop to show how stars revolve around the north star (Polaris) this photo was taken in conditions that where not ideal as there was still a large moon in the sky illuminating the sky. I an hoping that soon conditions align properly so that there is no moon on the same night as no cloud cover. In August I am hoping to do a slow exposure of the Perseid Meteor shower so please check back around August 11/12th for that.